The history of the cello and the Bach Cello Suites have been, studied, researched, performed, recorded and written in great details. However, because the first methods of cello playing appeared after 1740, the technique of the baroque cello can still be questioned, and by consequence, the interpretation of the Bach Cello Suites.

My recording and the corresponding project present a vision of the instrument closer to the viola da gamba than to the violin; reconsidering the mechanism of the sound of the cello and the way the strings have been played for the past century. This technique increases the vibration of the violoncello.

This research was accomplished through the use of scholarly books, treaties, publications, encyclopedias related to the history of the violoncello and the baroque era. In addition to the historical research, I made a new urtext edition of the Bach Cello Suites and recorded it on a full baroque set-up recreated by German luthiers, string makers, bow maker, all specialized in historical performance.

During this project I made

Reversing the bow strokes convinced me and gave me a deeper understanding of the mechanics of the sound of the cello and the vibration of the strings.

About the instruments, bow, and strings used for this project:

BIOMECHANICS OF CELLIST
Between 2010 and 2014: understanding the impact and the influence
have in cello playing and in the sound of the cello, always taking the Bach Cello Suites as a reference. (visit The cello practice helper) 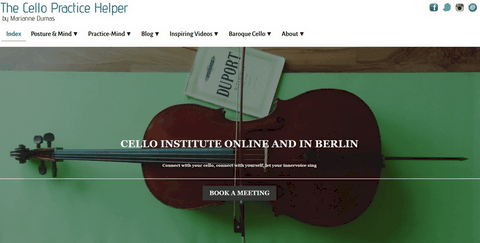 ORIGINS OF THE VIOLONCELLO
2014: I recreated the most authentic set-up with the help of specialists in baroque instruments in Germany.
About the instruments 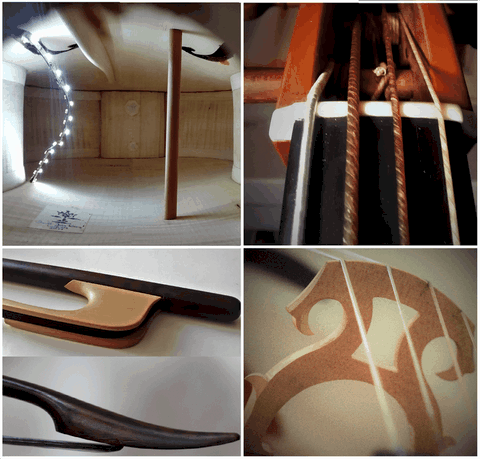 THE TECHNIQUE OF THE CELLIST ACCORDING TO THE MECHANICS OF THE SOUND OF THE CELLO
Once I had the most authentic set up, I observed which movements had a positive impact on the sound of the cello, down, up, when, how, etc. always taking the Bach Cello Suites as a reference.
The set up of the instrument made me reconsider the bowing technique. I noticed that the cello sounded better when the strong notes / bass notes were played on an up bow.

READ MORE ABOUT THE PROJECT