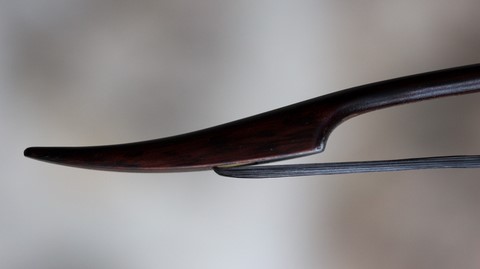 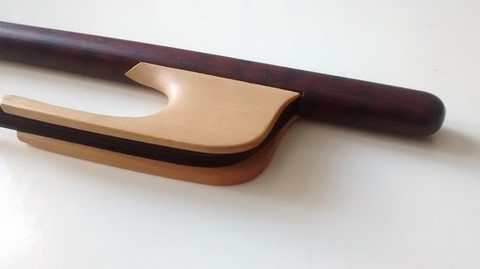 We observe two bow holds until the beginning of the 19th century.
Make you own opinion...
. 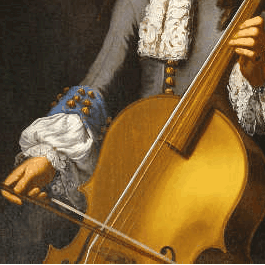 the hand is under the bow 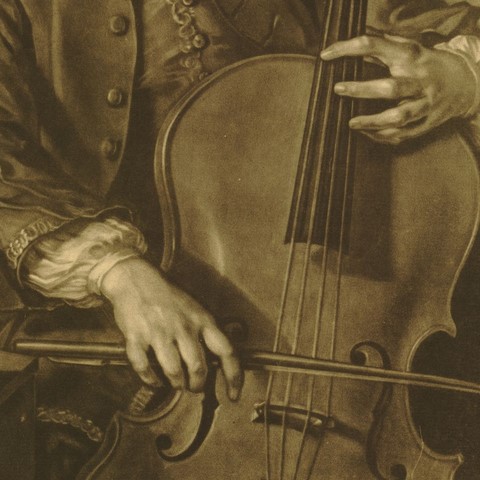 the hand is over the bow. 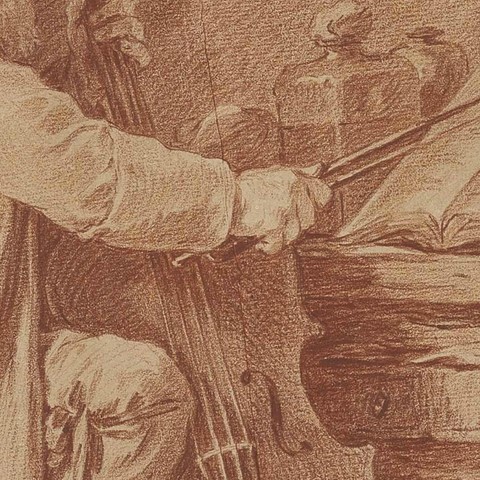 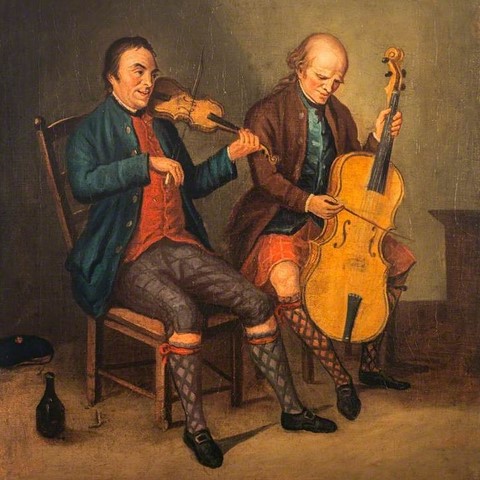 Niel gow and his brother (Donald Gow, cellist), by David Allan, circa 1780 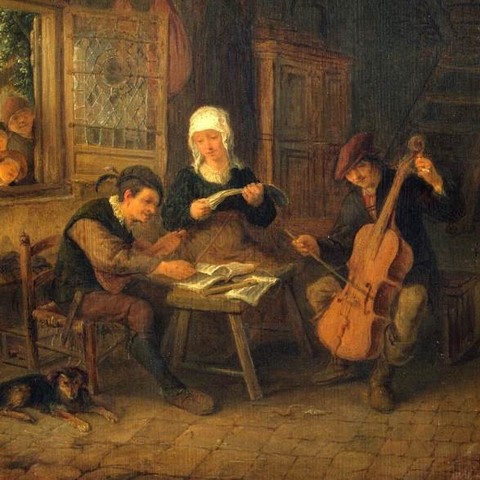 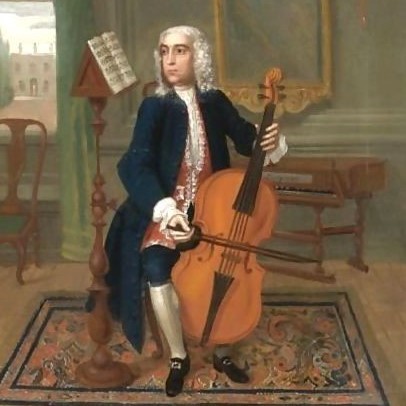 Portrait of a gentleman seated playing cello, by Charles Philips, circa 1720 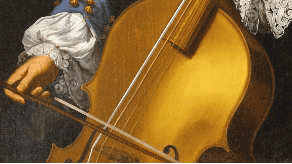 "Iconographic study of the violoncello and the way it was played up to the year 1800"
"Certain Aspects of baroque music for the violoncello as finally exemplified in the suites for
unaccompanied violoncello by J.S. Bach. (thesis, doctorate, University of South Australia 1983-4)"
by Mark Mervyn SMITH

LIRE: "The cello bow held the viol way, once common, but almost forgotten" by Mark Smith

The thumb was laying on the frog of the bow, the second finger was on the stick, and the other 3 fingers were on the bow hair. By the pressure of those fingers, especially the little finger, he increased the tension of his bow . 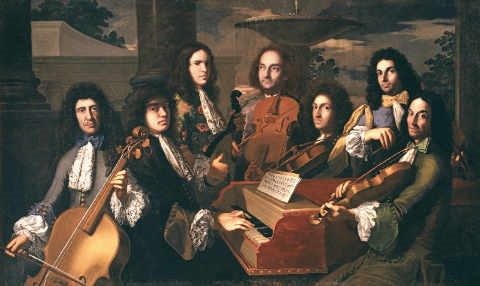 Ferdinando III, Patron of the arts
His Villa in Patrolino was a center of music where he held operatic production in a theater built for that purpose. Close to D. Scarlatti, he produced five of his operas. Ferdinando was also in contact with J.F. Handel. Vivaldi dedicated him L'Estro Armonico, a collection of twelve concertos for one, two and four violins.
.

"Antonion Vandini, the famous violoncello, who they say play a parlare upon his instrument" [...]

Excerpt from: “Music men, and manners in France and Italy 1770”

- Colleague of A. Vivaldi  in 1720
- First violoncellist of the Church of St. Antonio in Padua, concertmaster: Tartini (1721)

- 1726-70: Back to his position of principal cello of the Church of St. Antonio in Padua.
- 1776-78: Back to Bologna his birth town where he taught until his death.
Composition for the violoncello:

Charles Burney, Excerpt from: “Music men, and manners in France and Italy 1770”

German cellist Markus Graüel was born in Eisenach in the first half of the eighteenth century.

He joined the chamber musicians of the Prussian Court in Berlin from 1742 until 1798.

"M. Grauel, a violoncello performer in the king’s band, played a concerto; it was but ordinary music; however, it was well executed, though in the old manner, with the hand under the bow"
Excerpt from "An eighteenth century musical tour in central Europe and the Netherland."(1773)
Charles Burney

In 1799 the "Allgemeine Musikzeitung" published a long biographical print where his bow hold is described, explaining that his thumb was laying on the frog of the bow, the index finger was alone on the stick, and the other fingers were on the bow hair.

Highlights of his career: Schetky spent six months in Hamburg in 1761 where he got offered a Stradivarius.

He also appeared in concerts in London where he got the patronage of J.C. Bach. 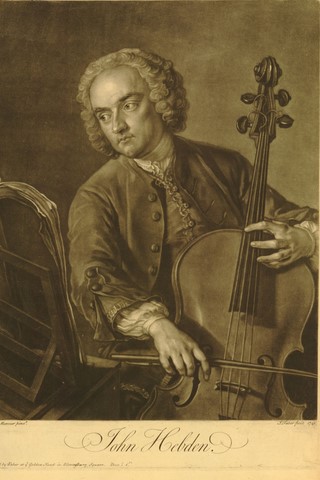 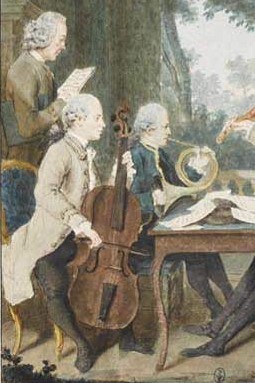 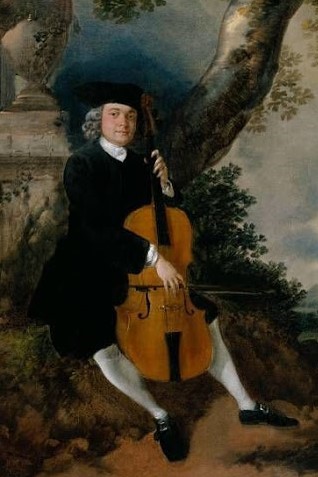 Excerpt from: The Rev. John Chafy Playing the Violoncello in a Landscape, Gainsborough -  c.1750-2 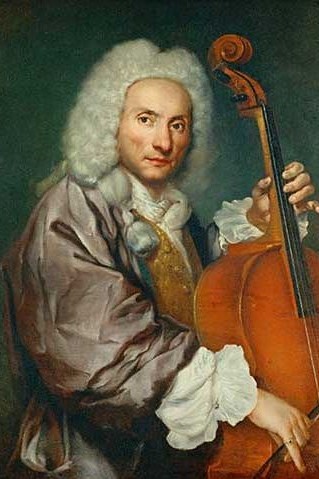 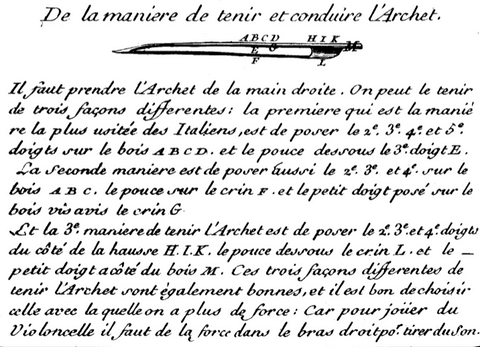 "Franciscello", a travelling virtuoso.
Born in 1691 in Napoli, Italy.
His playing and sound had an important impact in the development and the popularity of the violoncello. After a performance with Scarlatti, Geminiani related that only an angel that had descended and assumed his shape could have played like that.
While in Vienna...
he received by far the highest salary paid to any violoncellist at the chapel (1260 fl. while the standard salary was between 150 and 500 fl.) 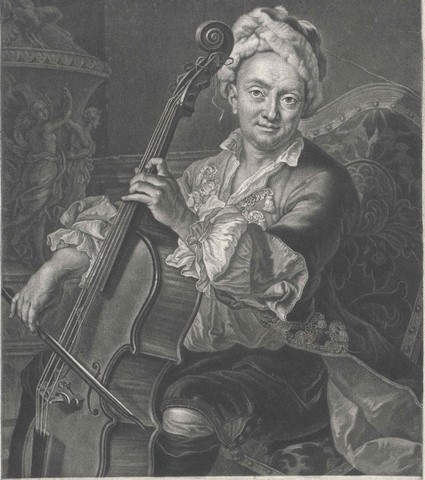 Employed at the Imperial chapel of Vienna from 1726 until his death. His fame also inspired viola da gamba players to explore the new instrument. The French gamba player Martin Berteau was one of them. After hearing a concert of Alborea, he decided to dedicate the rest of his career to the violoncello.

Even if this is post baroque (1764), the hand is still placed at the balance point of the bow 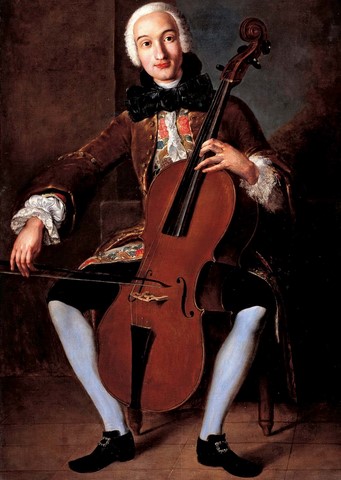 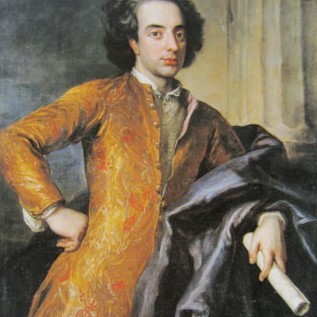 Berteau was born in 1691 in Valenciennes, France.
overhand? underhand?...

This is the only portrait of Berteau, there is no more information about his bow and bow-hold.

Before becoming a cellist, Berteau was a fine bass viol player. Important figure as a performer teacher and composer, "The famous Bertaud", is considered as the founder of the French school of violoncello. He left no written record of his teaching method, but many of his pupils did. Among them: the Brothers Janson, Jean-Pierre Duport, Jean-Baptiste Bréval, François Cupis de Renoussard, Joseph Tillière, Dominique Bideau. Famous for his use of harmonics, he composed 6 cello sonatas Sonate Da camera a violoncello Solo col Basso Continuo op.l where he wrote an explanation on how to play harmonics on the cello. 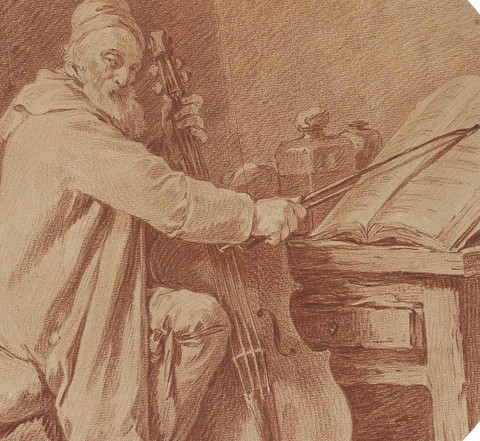 This is the only portrait of Berteau, there is no information about his bow-hold.

We know that both bow-holds were used for cello/bass playing, it was not the case for other bowed instruments. 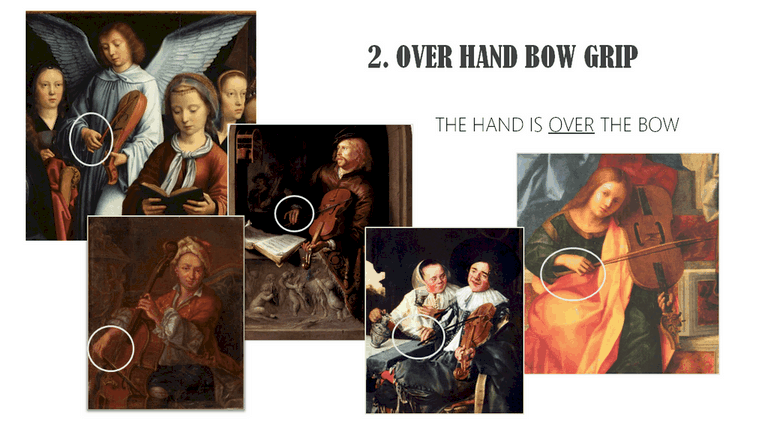 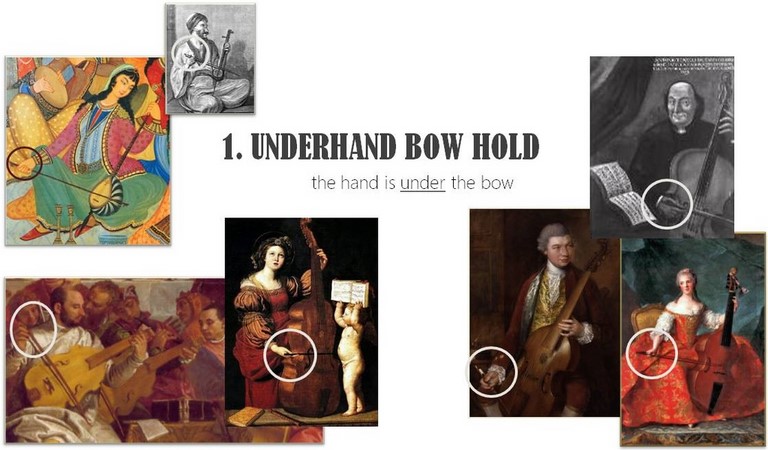 CELLISTS USED BOTH BOW HOLDs, but WHICH WAY DID THEY CONDUCT IT?